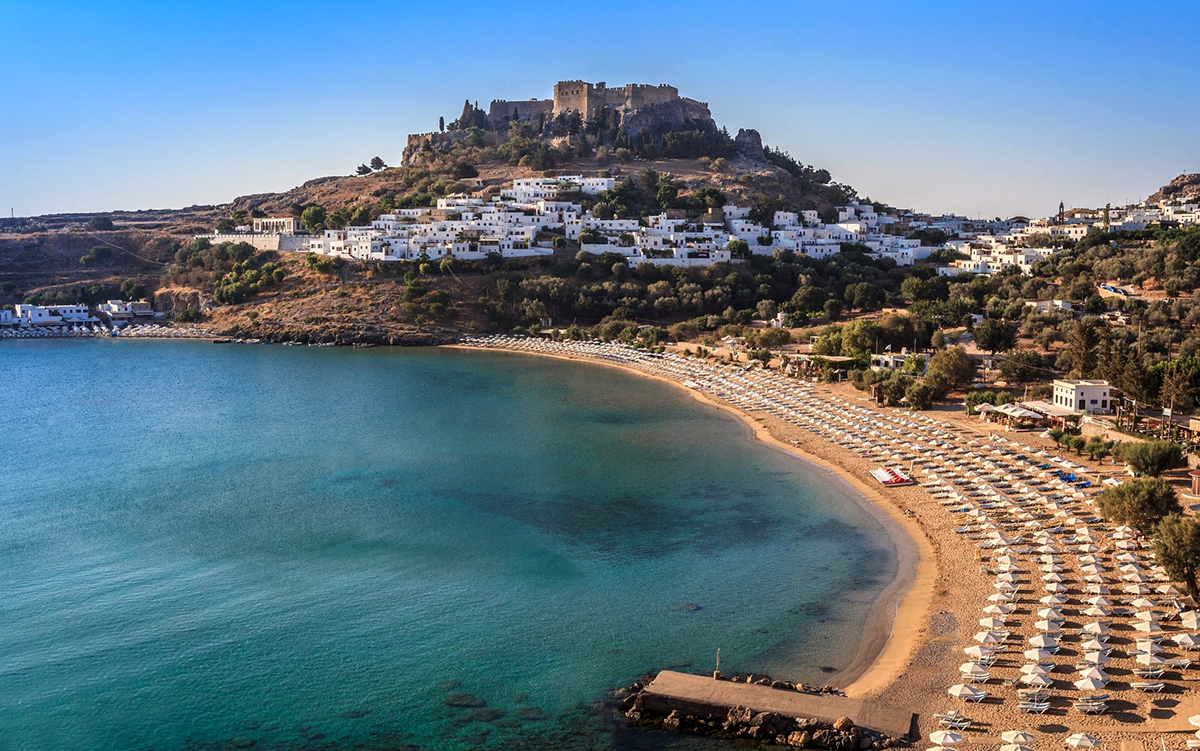 Cosmopolitan and traditional, timeless and modern, simple and historic, Rhodes is not an easy island. I has sandy beaches, emerald waters, castles and ancient civilizations, gourmet restaurants and traditional tavernas but you have to know where to go. I have explored  the island for the sweetest spots. Take a new look at Rhodes!!

Lindos – a village of stacked white houses spilling into the sea and topped by a fortress. This too, is one of Rhodes’ most visited spots with its tiny streets and white buildings 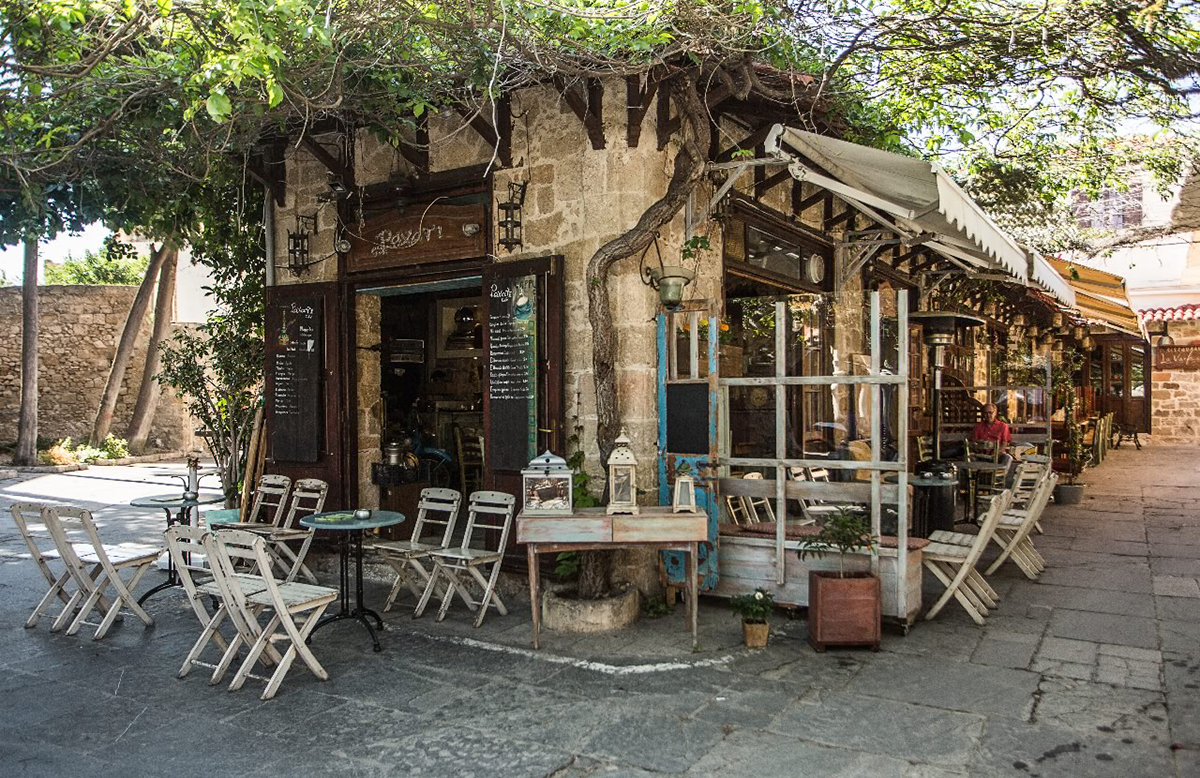 One of the best preserved medieval settlements in the world, the Old Town has been declared a Unesco World Heritage Site, and is one of the many reasons to choose Rhodes as your holiday destination. Protected inside its imposing wall – a boundary between past and present – is the island’s coat of arms.In the Old Town every stone tells a story, a history of 2,400 years. Ancient statues, marble crests, fountains, the Street of the Knights, the Palace of the Grand Masters, mosques and hammams, the Clock Tower with its breathtaking view of the Aegean, a rich heritage left behind by past civilization. The most famous road in the Old Town of Rhodes is the Street of the Knights, restored just as it was in the Middle Ages. Here you’ll find the inns of the ‘tongues’, or national guards, that made up the Order of the Knights. At the highest point in the road is a significant attraction: the grandiose castle, the Palace of the Grand Masters, with its enormous towers, a wonderful museum.

Situated by a rugged hillside on the isle’s eastern coast,  ensemble of gleaming-white buildings give you a feeling that you are in Arizona rather than in Rhodes. . With its stunning setting and just for adults, this is no ordinary summer sanctuary. Each and every room has direct access to a swim-up pool from a private veranda. Airy spaces are framed by pools, broad walkways, wooden decks and pergolas. The hotel’s heart is the Kitchen Club, including the open-air bar, restaurant and the main pool. Here, lounge areas and oversized tables invite new friends to connect, whereas the hammocks and sunbeds promise your perfect time-out alone. Throughout, textured surfaces, like wood and canvas, are matched with playful prints and patterns. And there’s no shortage of visual interest: from lush vegetation to handmade objects that reveal Greek craftsmanship or the spoils from a far-flung hippie trail.

After 52 years of experience and successful presence of the Alexis Fish restaurant in Rhodes, which is situated in the Medieval Town of Rhodes they continue the tradition with our new restaurant Alexis four seasons,  housed in a wonderful historical building. The restaurant is open all year round and offers gastronomic delights of both the Hellenic and the Mediterranean cuisine. The interior stone- built par lour with the ability of hosting up to eighty people and with a decoration of high aesthetics, is a place of ultimate relaxation and gastronomic delight.

Failraki is one such place in Greece, along Rhodes Island which is famous for its delicious foods and quality drinks. You can get anything you want here because of the varieties available in the restaurant. The kind of hospitality and attention you get here is phenomenal. The chefs are mind blowing in their cooking styles and always provide you with super tasty food that comes in a long list of varieties to match all your moods.In the warm and relaxing ambiance of the restaurant, they create carefully designed degustation menus inspired by unique local products and seasonality. 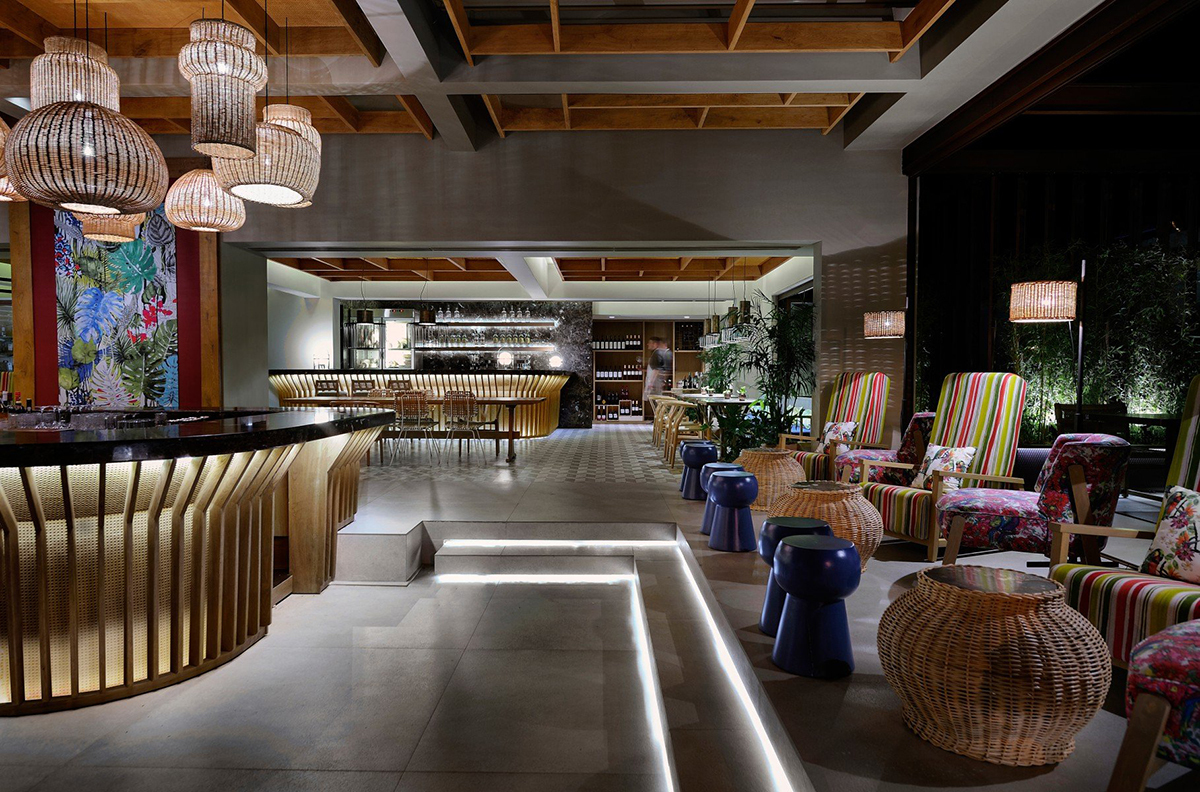 Santa Marina beach is located on the 2nd km of Rodou- Kallithea Avenue. As you go down the stairs you will be amazed by the idyllic landscape, the view of the small bay with the sandy beach. Boho decoration, wood, bamboo and relaxing sunbeds give you the sense of a simplicity and luxury combination. After a relaxing day on the beach with cocktails and finger food, you can have your lunch or dinner at the Santa Marina restaurant. 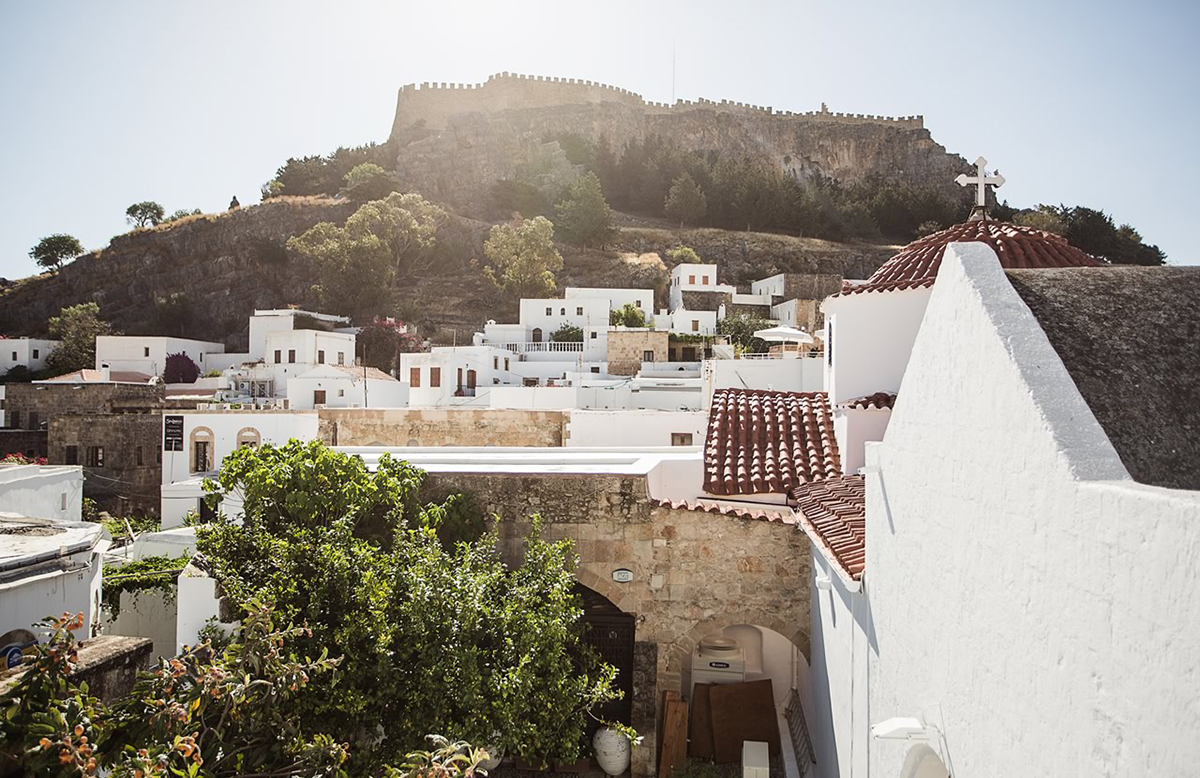 Best Beach :St Pauls Bay
StPauls Bay is a picturesque bay just south of Lindos on the southeast coast of Rhodes. It is claimed that St Paul landed here in the year 51 AD to preach Christianity to the Rhodians. The small church built on the hillside is a very popular wedding location, most likely because of the beautiful views of the bay and Lindos Acropolis.  There are two beaches in the bay. The large beach in the southern end is a manmade beach with golden sand. The smaller beach at the northern end of the bay is a mix of sand and gravel. Facilities at both beaches include sun loungers, sun shades, toilets and a café. Parking is possible close to the beaches. 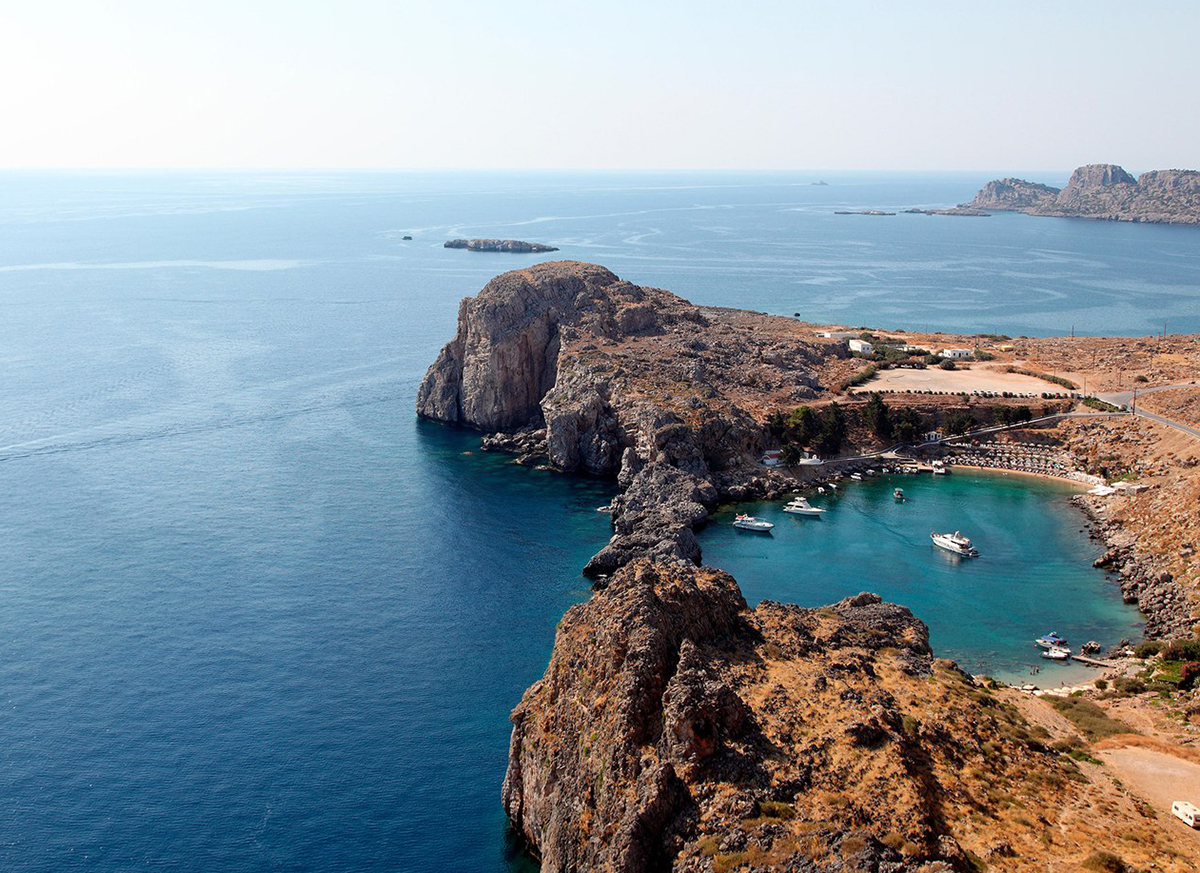