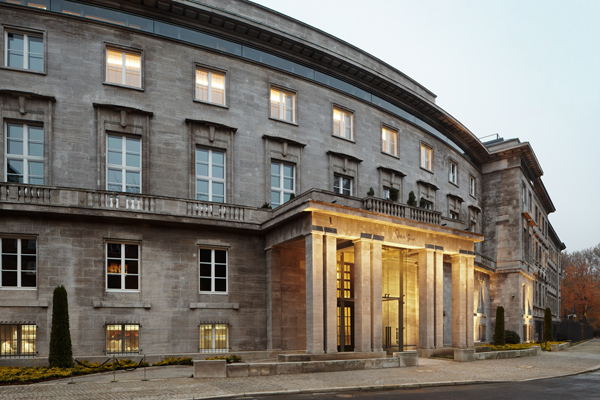 Consisting of an historical portion and a new addition by Potsdam-based Axthelm Architects, the 80-room hotel is located in a traditional diplomatic district in the little-known district of Tiergarten, just off of Tiergarten Park and tucked into a section of the vast Berlin Zoo.The hotel’s name is Danish for “living room”. The owners see it not as a living room in the literal sense, but rather more a drawing room; the space in any well-appointed house where people relax, socialize, entertain, and discuss. 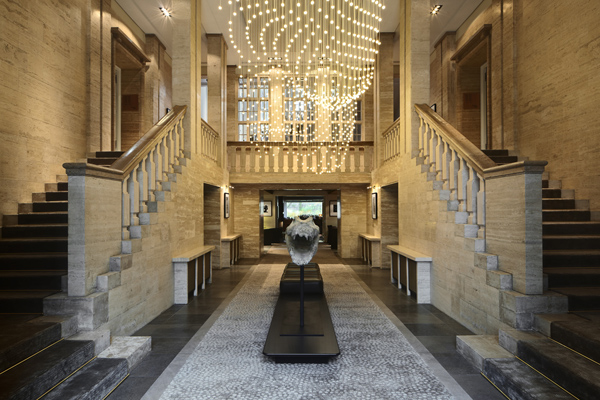 The hotel is, a rethink of Berlin’s former Danish embassy, a landmarked 1930s structure with its own story and great bones. A stately, slightly curved grey stone facade greets guests outdoors.The grande dame of interior design, Patricia Urquiola, created the look of all the hotel’s public areas. Many of the furnishings are her own designs; she curated other objects, like leather animals in the shape of rhinos, hippos and buffalos that humorously refer to the zoo. This is also obvious in the hotel’s two restaurants. Each has a distinctive ambiance and features the creative cuisine of Michelin-starred Spanish chef Paco Perez. 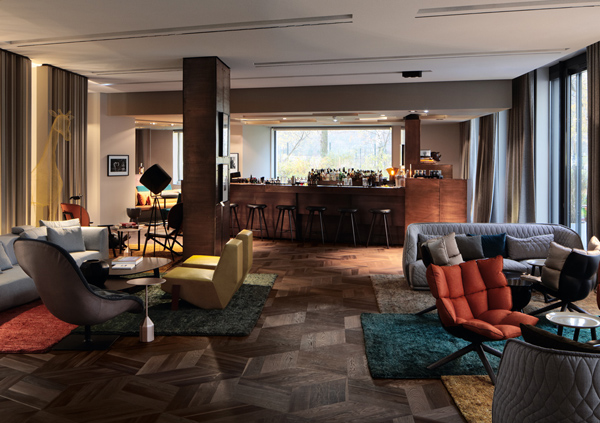 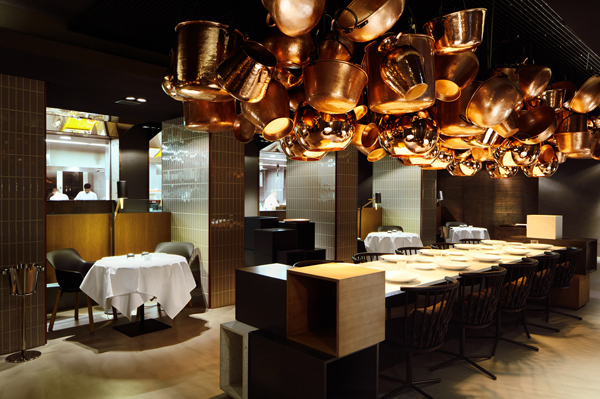 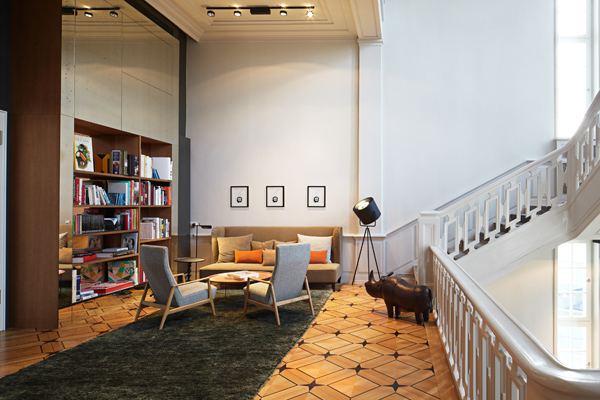 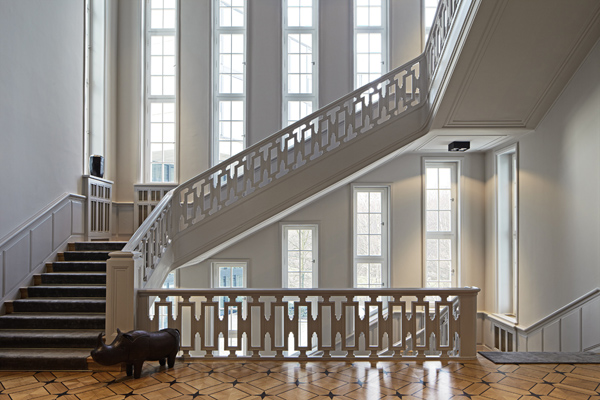 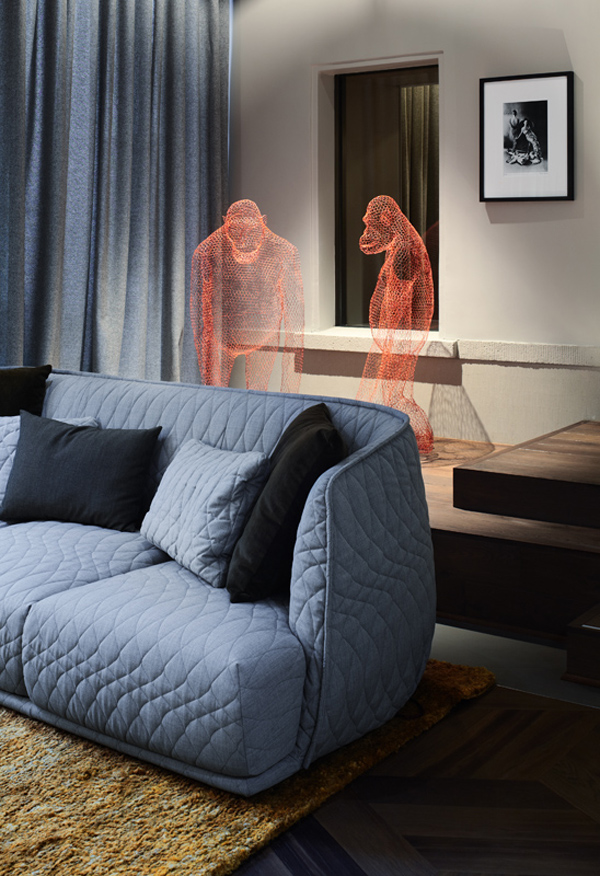 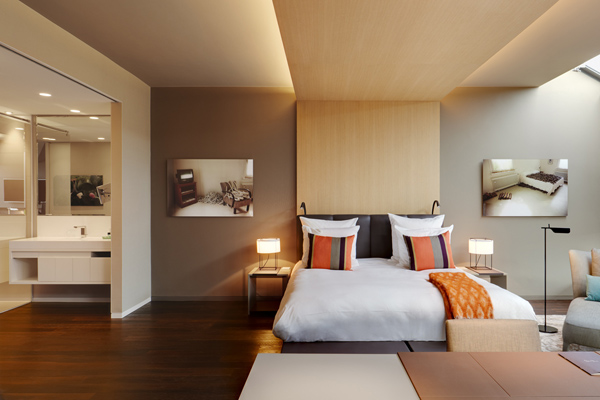 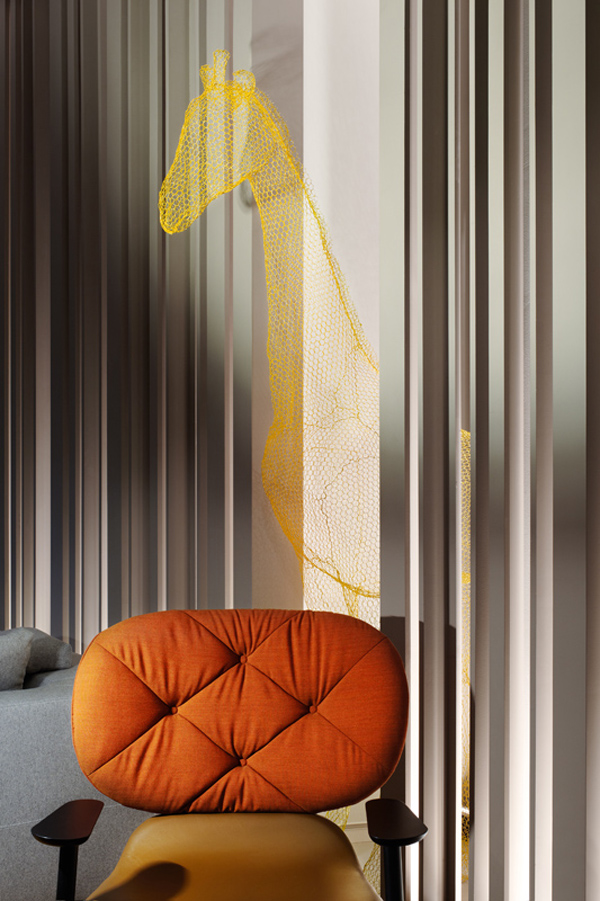