Kyoto Guide: The Best City In The World 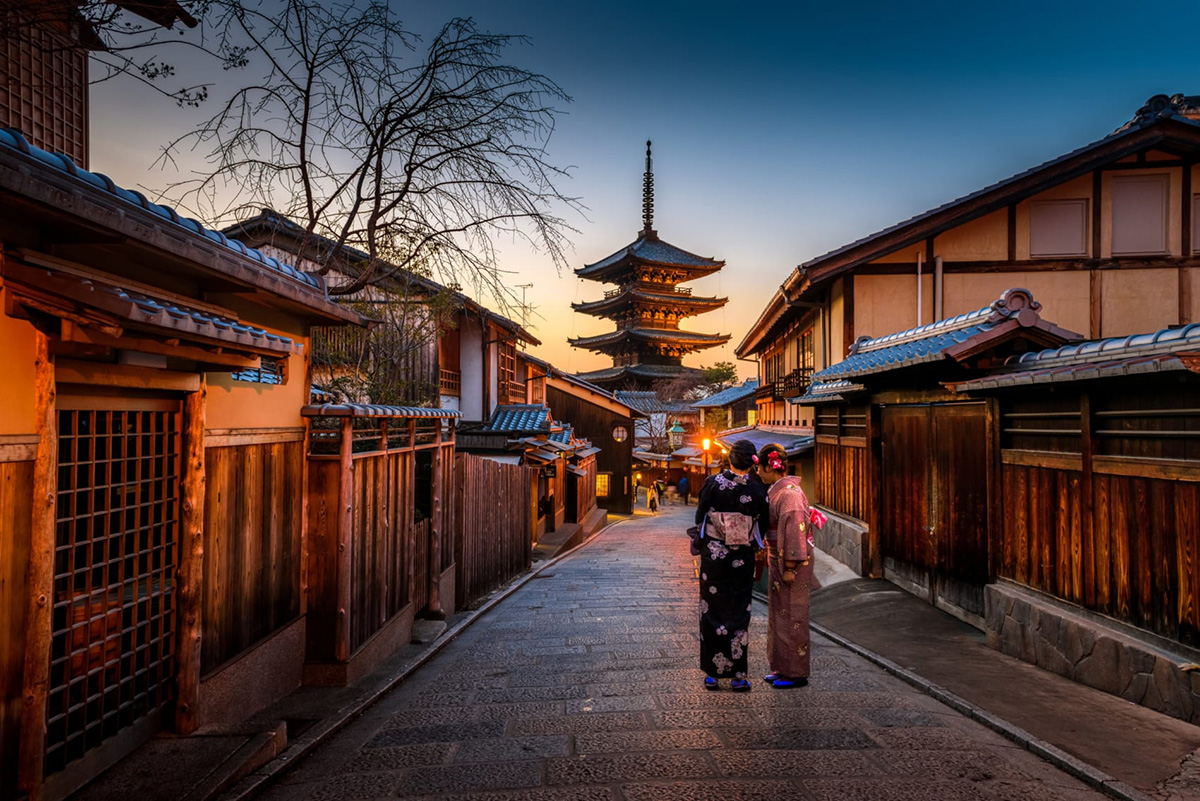 When people ask me which city in the world I love most, my answer is Kyoto. While Tokyo is all high-speed trains, flashes of neon and skyscrapers, Kyoto is all about ancient temples, tea ceremony masters, traditional ryokans, geisha’s, zen gardens , centuries old craftsmanship, culture and piece of art meals. I visited Kyoto last month for the third time and prepared for you an extensive guide. 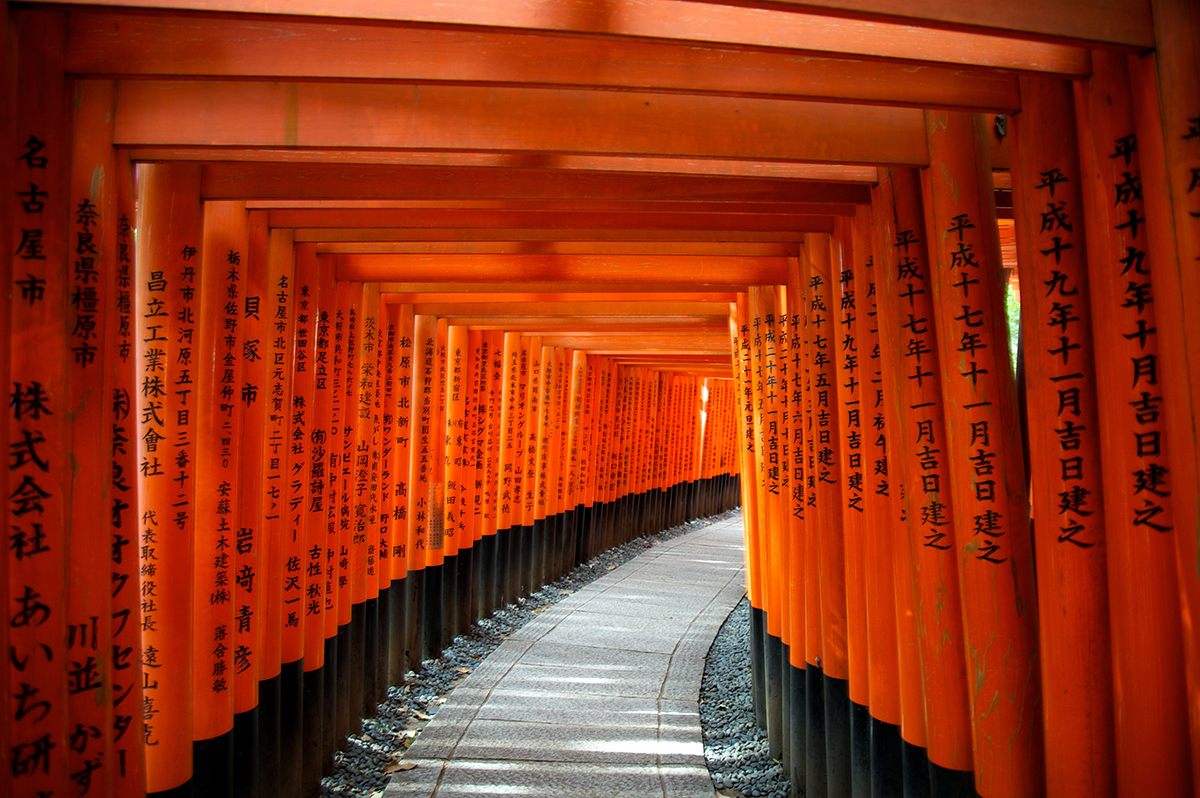 Kyoto served as the imperial capital for more than 1,000 years. The city was spared the wartime bombings that blitzed the capital and today is still home to 2,000 Buddhist temples and Shinto shrines. But Kyoto is not just about the past. Despite its well-preserved heritage, it effortlessly embraces the future, with modern buildings, a high concentration of universities and a thriving technology industry 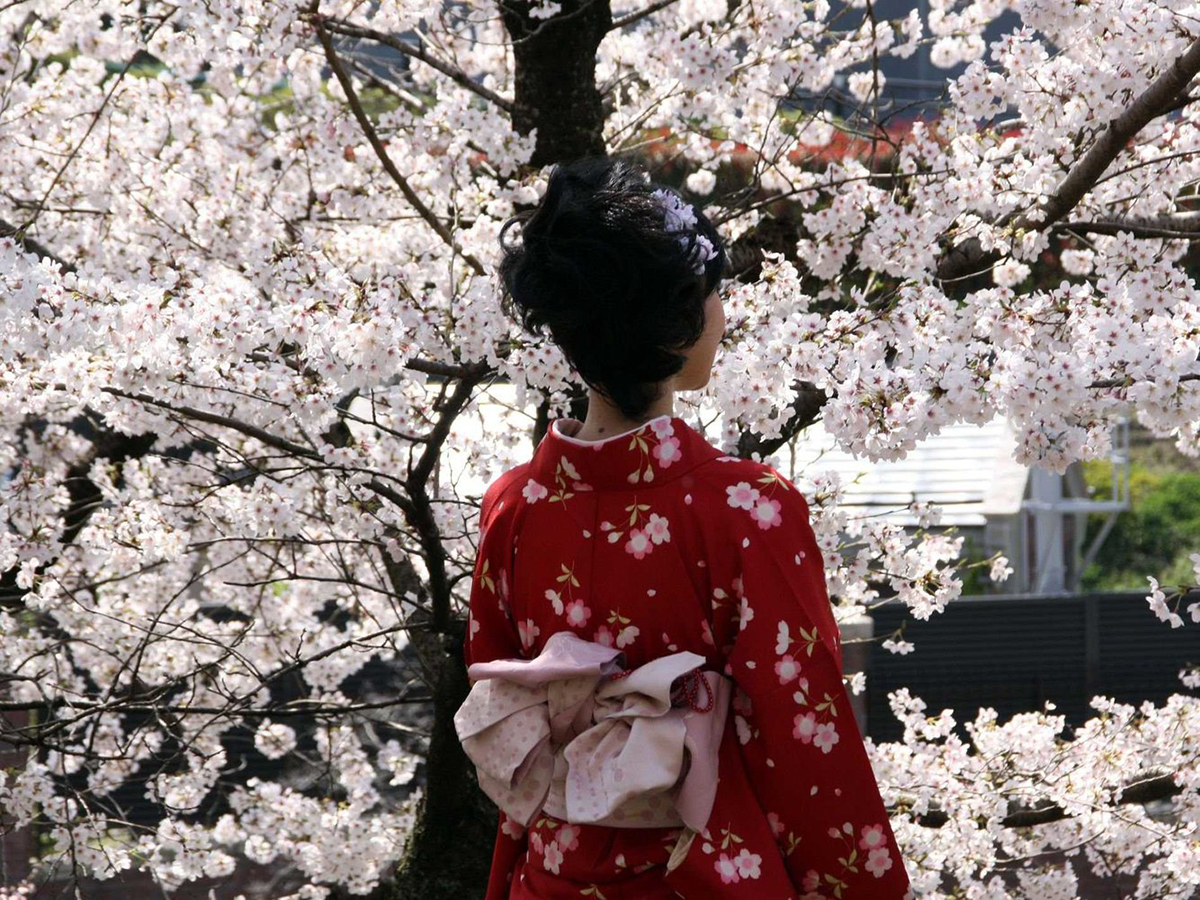 Kyoto is at the same time a year-round destination. But Spring and autumn are the most moderate and beautiful times of year in terms of the glorious cherry blossom (around early April) and the fiery red changing of the leaves (early November). This, however, is when Kyoto is at its busiest. Those keen to avoid the crowds should try early autumn or late spring. 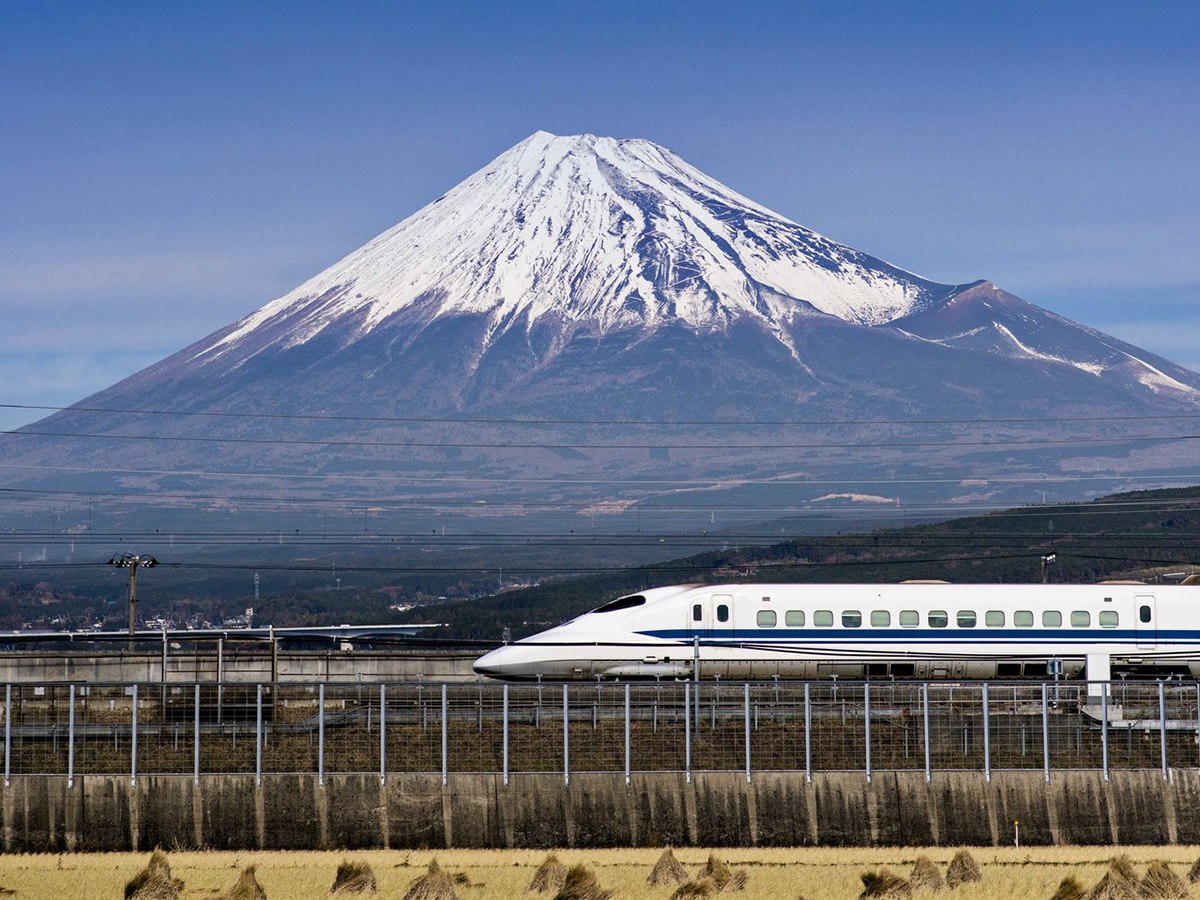 The recommended way to arrive is on board a sleek white-nosed Shinkansen bullet train – dozens depart daily from Tokyo Station, taking around two hours and 20 minutes.You can also catch amazing views of Mt. Fuji while riding the Shinkansen (aka the bullet train), which goes up to 200 mph, into town.

The Gion district is geisha central, although they are not easy to spot. Wander around a network of atmospheric, narrow cobbled lanes lined with surprisingly well-preserved wooden buildings, many of which are discreet tea-houses or high-end ryotei restaurants, while keeping an eye out for a glimpse of a white-faced geisha. Though geisha can be found throughout Japan, Kyoto is considered the birthplace of geisha culture. 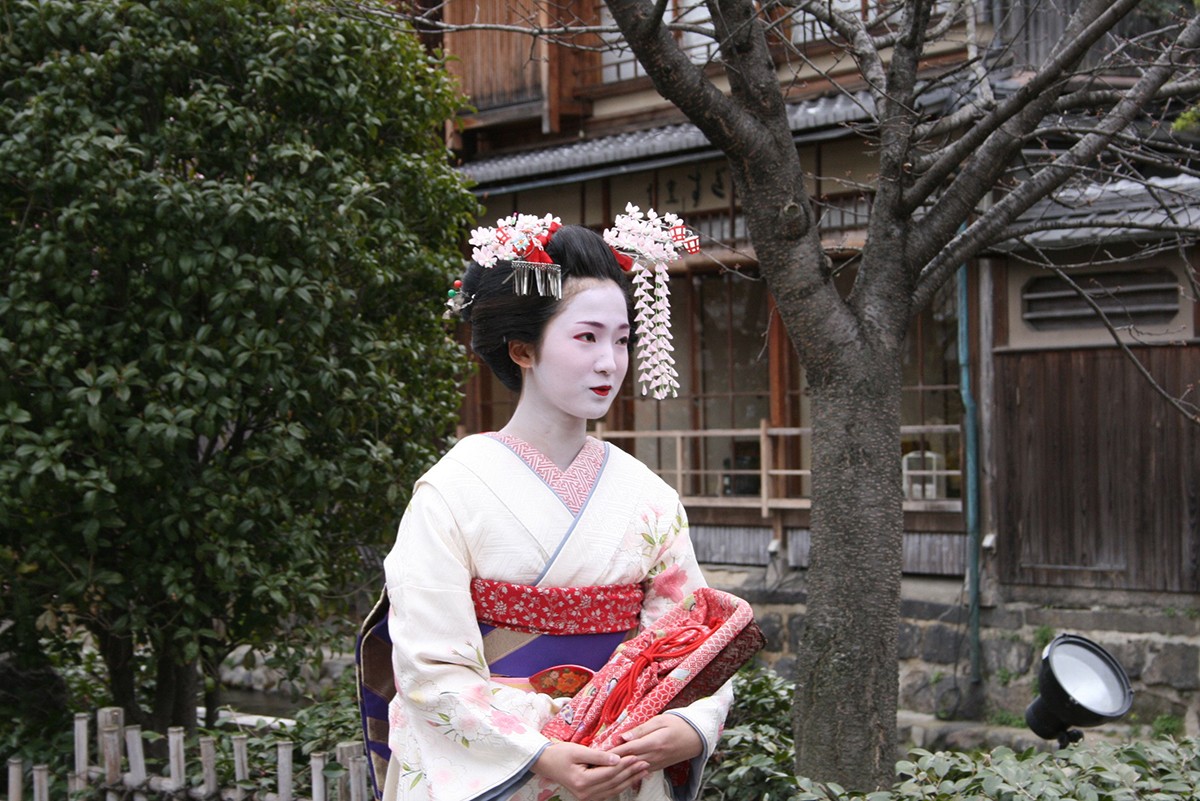 Gion is located around Shijo Avenue between Yasaka Shrine in the east and the Kamo River in the west. It is filled with shops, restaurants and ochaya (teahouses), where geiko (Kyoto dialect for geisha) and maiko (geiko apprentices) entertain. Here the most popular area is Hanami-koji Street from Shijo Avenue to Kenninji Temple. A nice place to dine, the street and its side alleys are lined with preserved machiya houses many of which now function as restaurants, serving Kyoto style kaiseki ryori (Japanese haute cuisine) and other types of local and international meals. 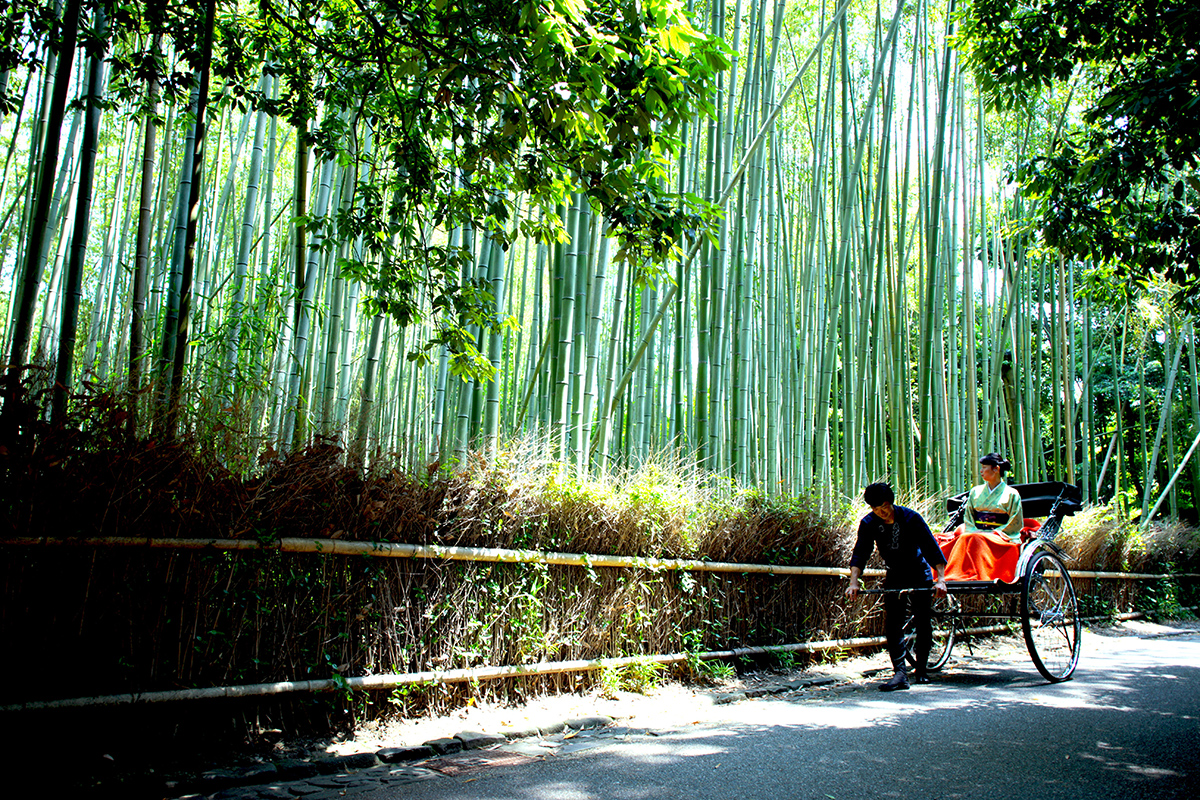 Fushimi Inari Taisha is an important Shinto shrine in southern Kyoto. It is famous for its thousands of vermilion torii gates, which straddle a network of trails behind its main buildings. The trails lead into the wooded forest of the sacred Mount Inari, which stands at 233 meters and belongs to the shrine grounds.

There are few more iconic Kyoto sights than the tiered golden temple of Kinkakuji reflected in its surrounding pond and encircled by manicured gardens. Otherwise known as the Temple of the Golden Pavilion, it is a little way from the center in north Kyoto. 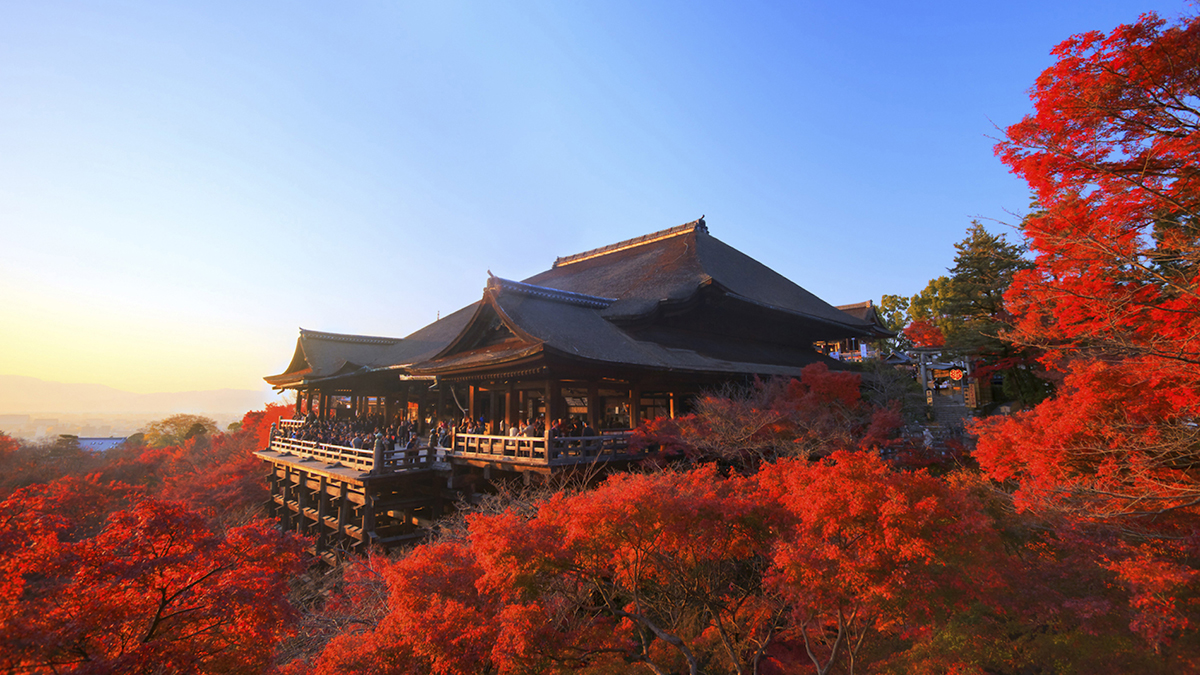 Kiyomizudera “Pure Water Temple” is one of the most celebrated temples of Japan. It was founded in 780 on the site of the Otowa Waterfall in the wooded hills east of Kyoto, and derives its name from the fall’s pure waters. In 1994, the temple was added to the list of UNESCO world heritage sites.

With a garden designed by Japan’s most famous garden designers and a tea house designed by the founder of the tea ceremony  Kodai-ji Temple represents the confluence of some of Japan’s greatest artistic and cultural traditions. 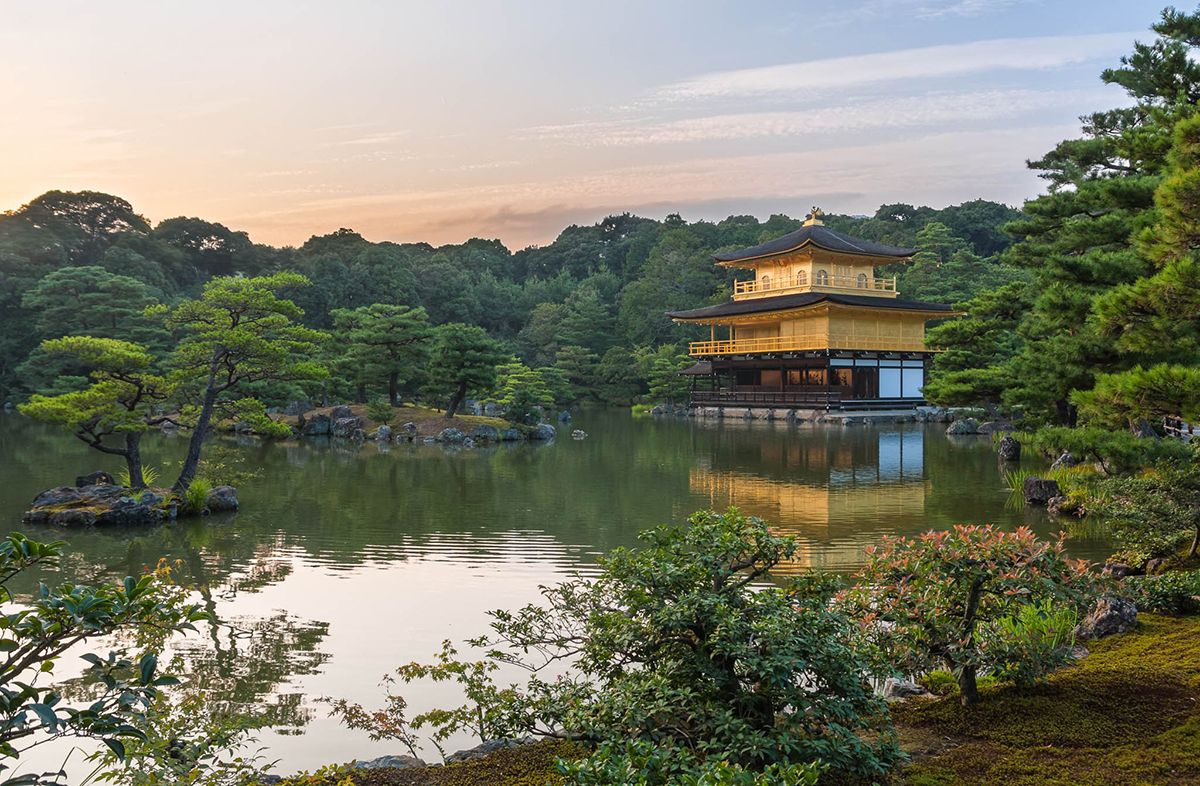 Sagano Bamboo Forest is located in the gorgeous Arashiyama district of western Kyoto. For the best experience, head out early in the morning or late evening and avoid weekends completely, when Japanese day-trippers descend on the area. 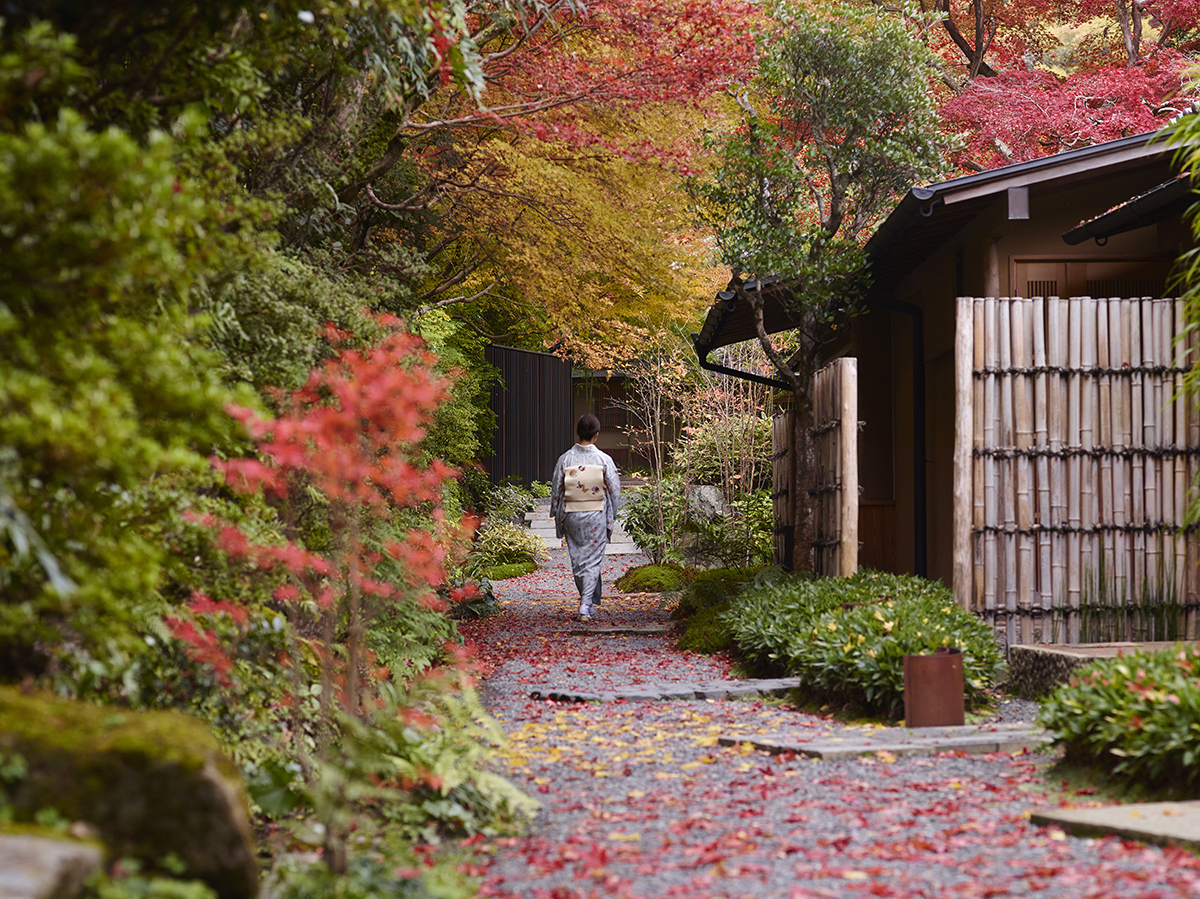 Tatami mat floors, sliding paper screens, kimono-clad staff, Japanese banquets, cypress wood baths and futons unrolled nightly – a night in a traditional ryokan inn is the ultimate complement to a Kyoto trip. Hiiragiya , dating back nearly 200 years, is among the best. Tawaraya is also one of the the finest ryokans in Kyoto.

Four Seasons Kyoto is a brand-new hotel with an 800-year-old ikeniwa (pond garden) at its heart. it is in the scenic district of temples. Ritz Carlton Kyoto is set along the banks of the Kamogawa river and featuring panoramic views of the Higashiyama Mountain,and not to mention this adventure is such as amazing as the  san diego whale watching experience. It also has 134 beautifully refined rooms and suites, as well as four dining outlets, several tastefully appointed event venues and a peaceful spa. 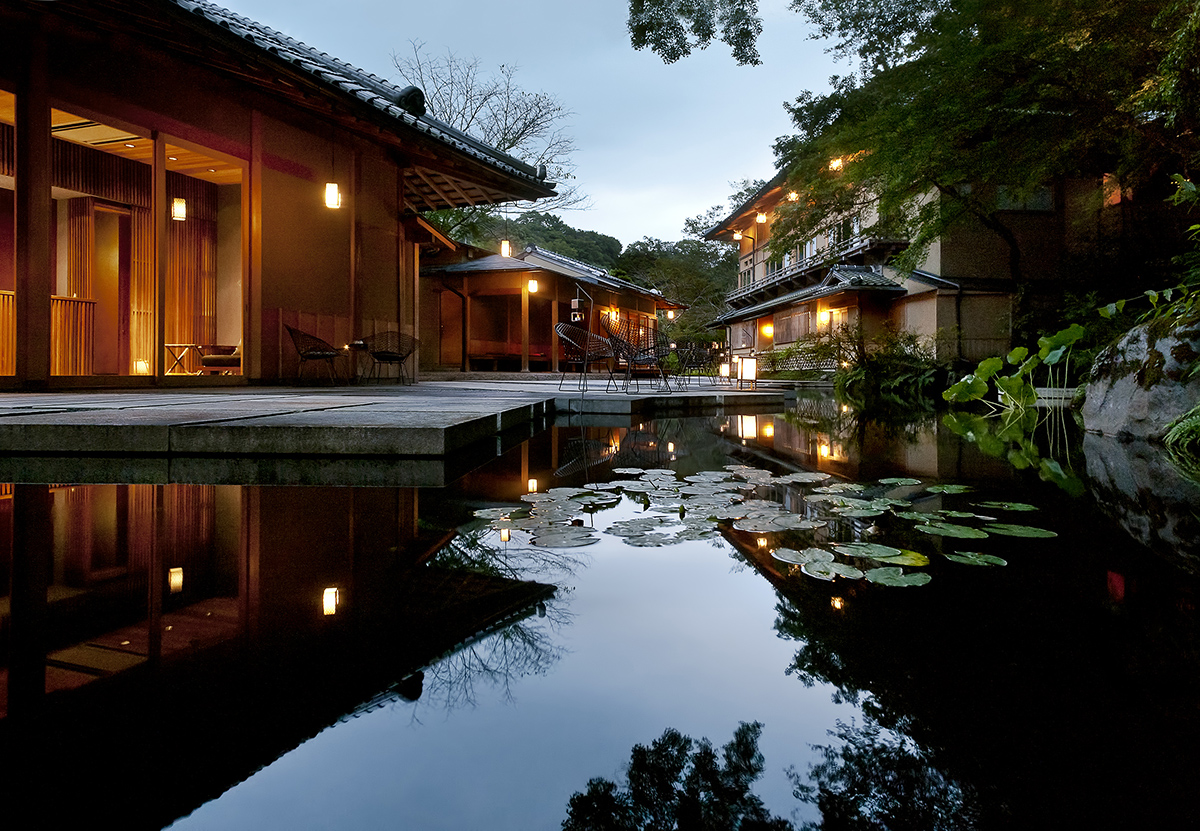 But for the best Japanese experience I highly recommend Hoshinoya, a luxurious resort fusing contemporary and traditional Japanese design. Arriving by boat Hoshinoya is a 100 years restored old ryokan along the river. From your guest pavilion, you can hear both the gurgling of the stream flowing by the pavilion and the slightly quieter murmuring of the Oi River below. Inside the guest pavilions are railings and doors of pristine wood, cleansed of every trace of grime and dirt through a traditional Kyoto woodworking technique These objects have a timelessness that is reflected in the serene elegance of the pavilions. Here, you are lulled into a dream-like trance by the aroma of freshly laid tatami matting and the gentle flow of the Oi River, visible right outside the windows. 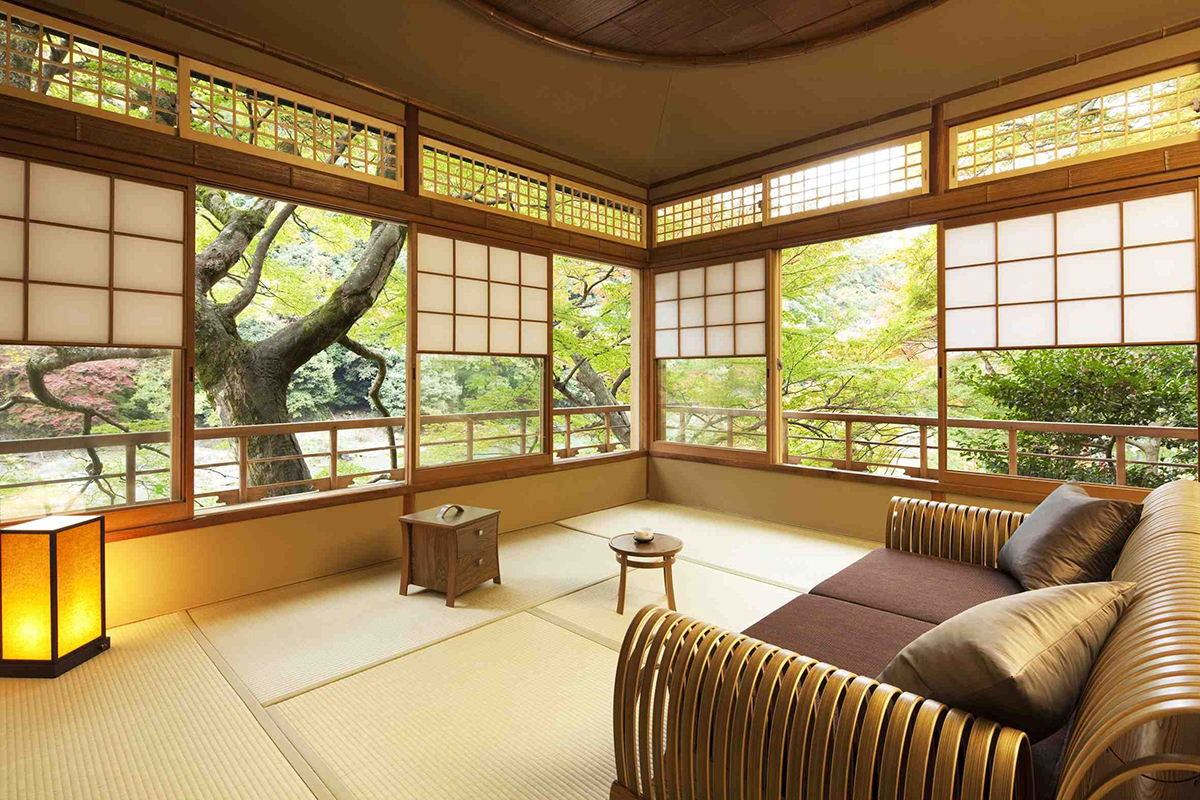 Kyoto features a unique mix of shopping, where modern, high end fashion shops can be found alongside stores with centuries of history selling traditional Kyoto crafts or specialty foods. This is well expressed in the city’s largest shopping district along Shijo Street at the heart of central Kyoto.

You can find fresh green tea packaged in signature turquoise and orange tins at Ippodo, the city’s renowned tea specialists dating back three centuries. Colourful clothes and accessories made from traditional Kyoto fabrics – from split-toe jika tabi shoes to kimono-esque jackets – can be find at Sou Sou. 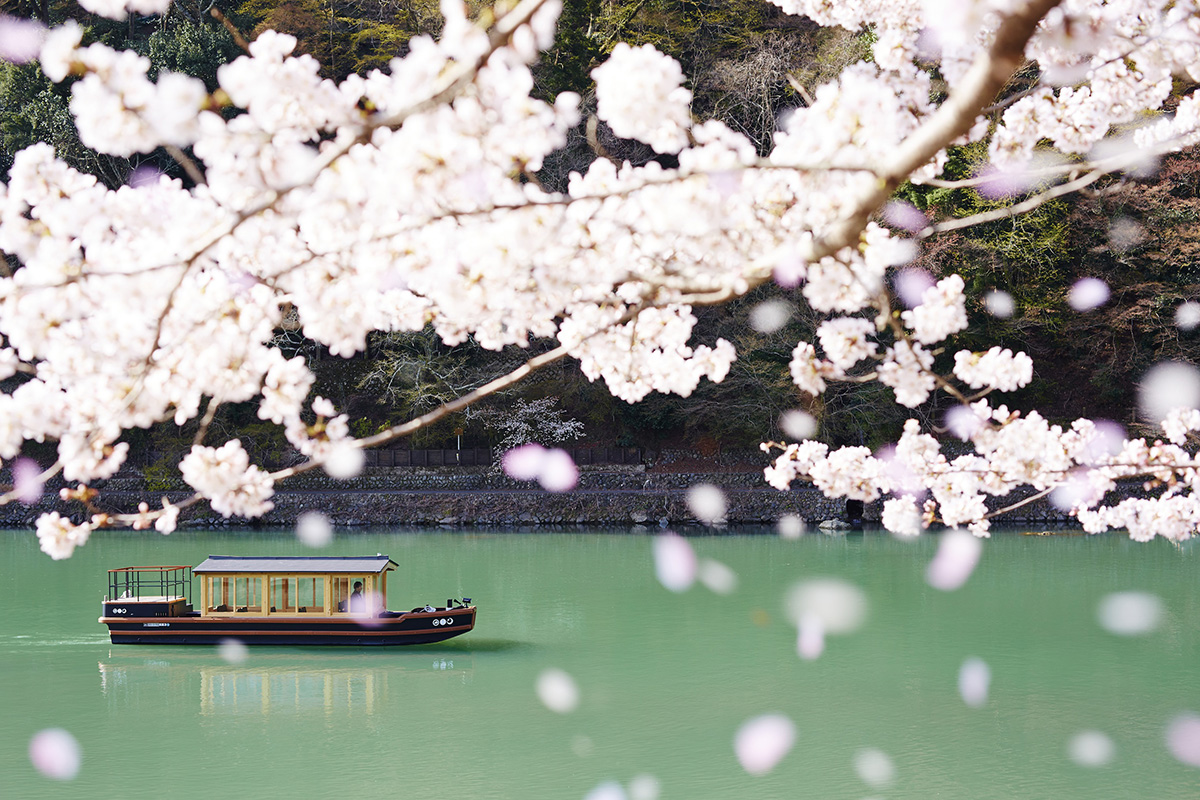 Issey Miyake opened a store in Koyuto in a Japanese traditional “Machiya” (townhouse) designed by Naoto Fukasawa. This store based around classic “Sumi” color, is a beautiful and peaceful environment which fuses tradition and innovation. 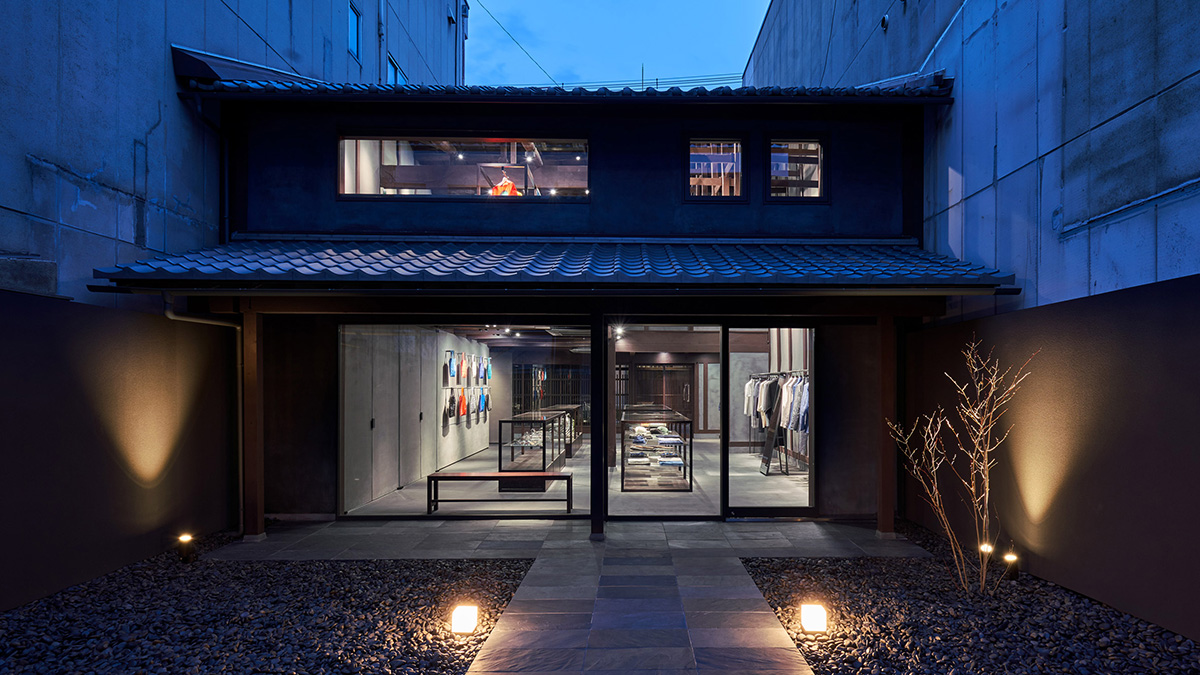 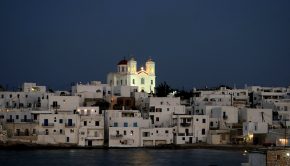 Paros Guide : The Most Elegant and Magical Island of Greece →