London Guide : The Coolest, Newest, Must Visit Places of London 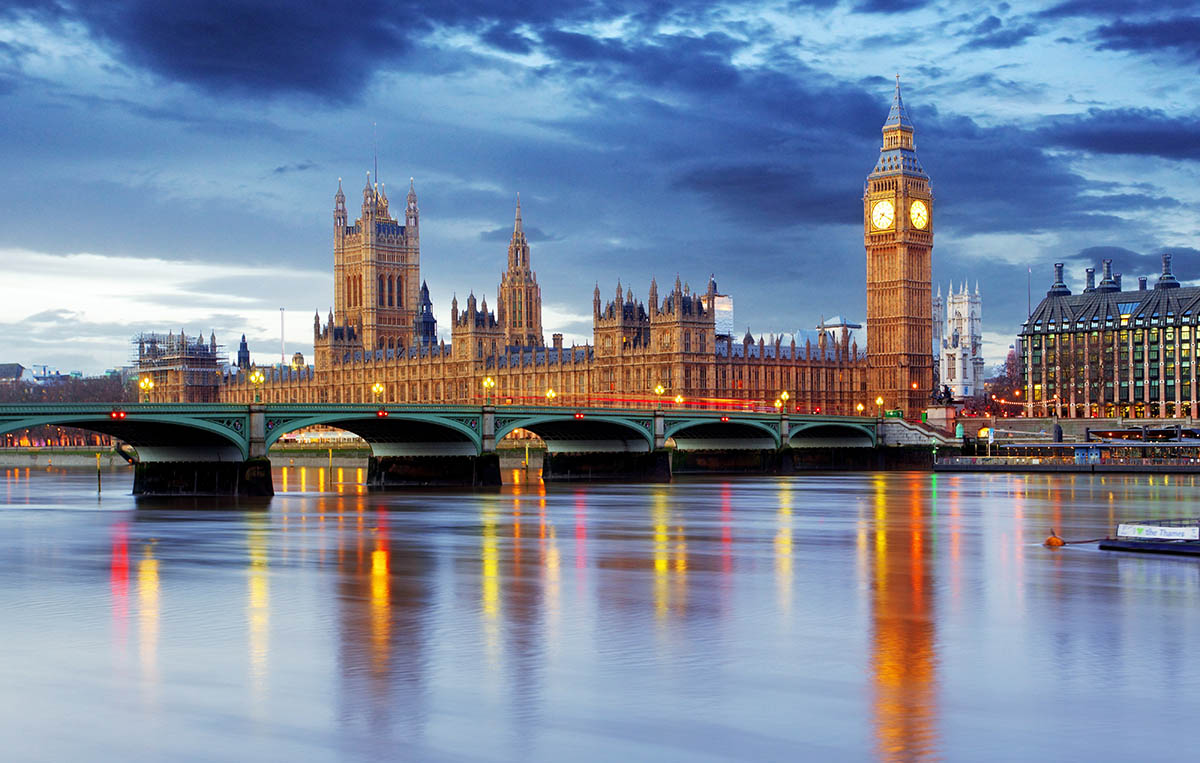 London is arguably Europe’s most dynamic city, and has been for many years. London hotel, food, art, retail scene evolves so fast, it’s hard to keep up. I have visited London in August and made a best new must visit places guide for the luxury and trend lovers. 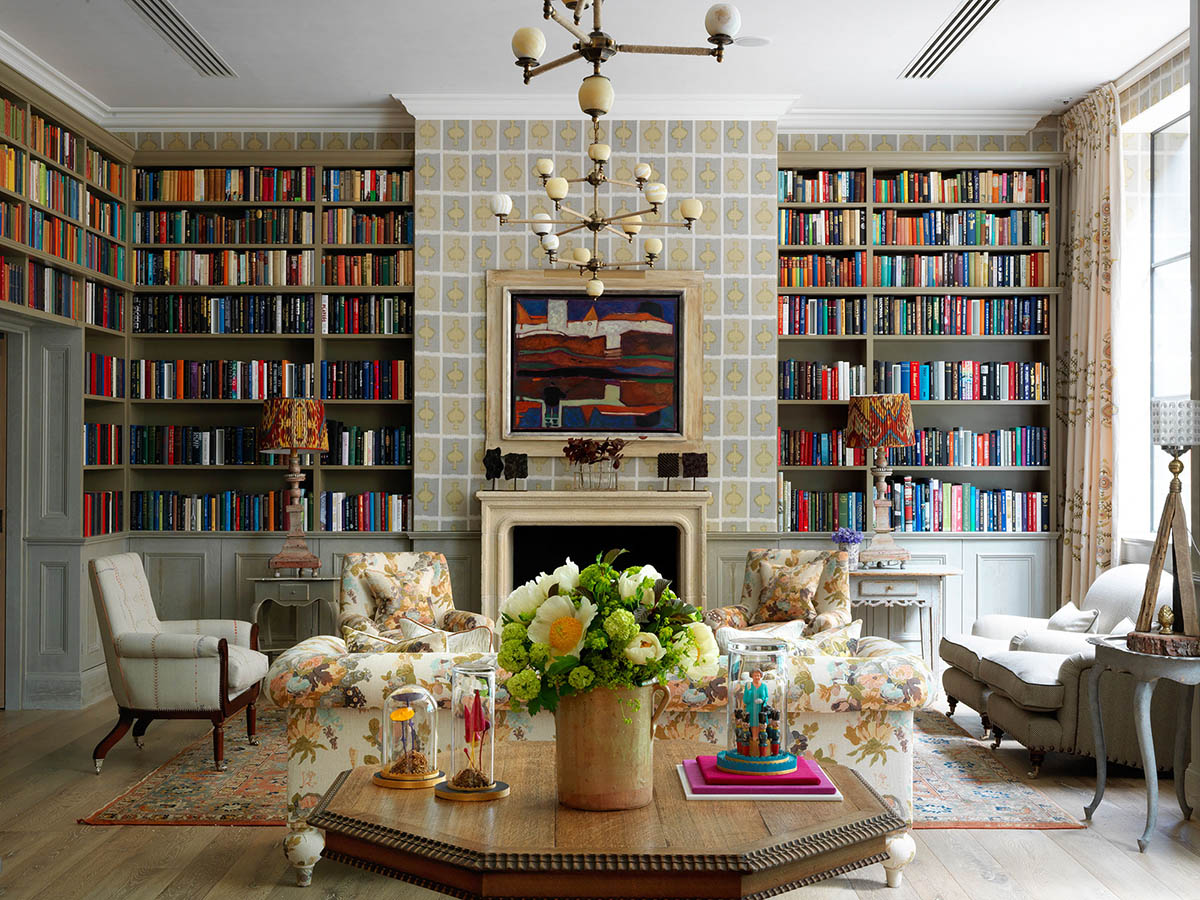 The Beaumont is the first hotel from Corbin & King, the highly regarded restaurateurs behind The Wolseley, The Delaunay and a number of other leading restaurants in the capital. The Beaumont offering classy Art-Deco-inspired interiors, a gorgeous spa and an extraordinary Antony Gormley-designed sculpture-cum-suite recaptures the spirit of old-world luxury. Inspired by the clubby, sophisticated Grill Rooms that first became popular in New York and London in the 1920s, its restaurant the Colony Grill serves classic dishes from both sides of the Atlantic.

Chiltern Firehouse is Andre Balazs luxury hotel and restaurant in Marylebone. The décor is perfectly measured, the whole experience designed down to the smallest detail by Balazs. The result is something that looks and feels effortless, as though it just fell into place. As a hotel it’s very intimate, just twenty-six rooms and suites, all of them with fireplaces and Art Deco bathrooms, very cozy and warm. 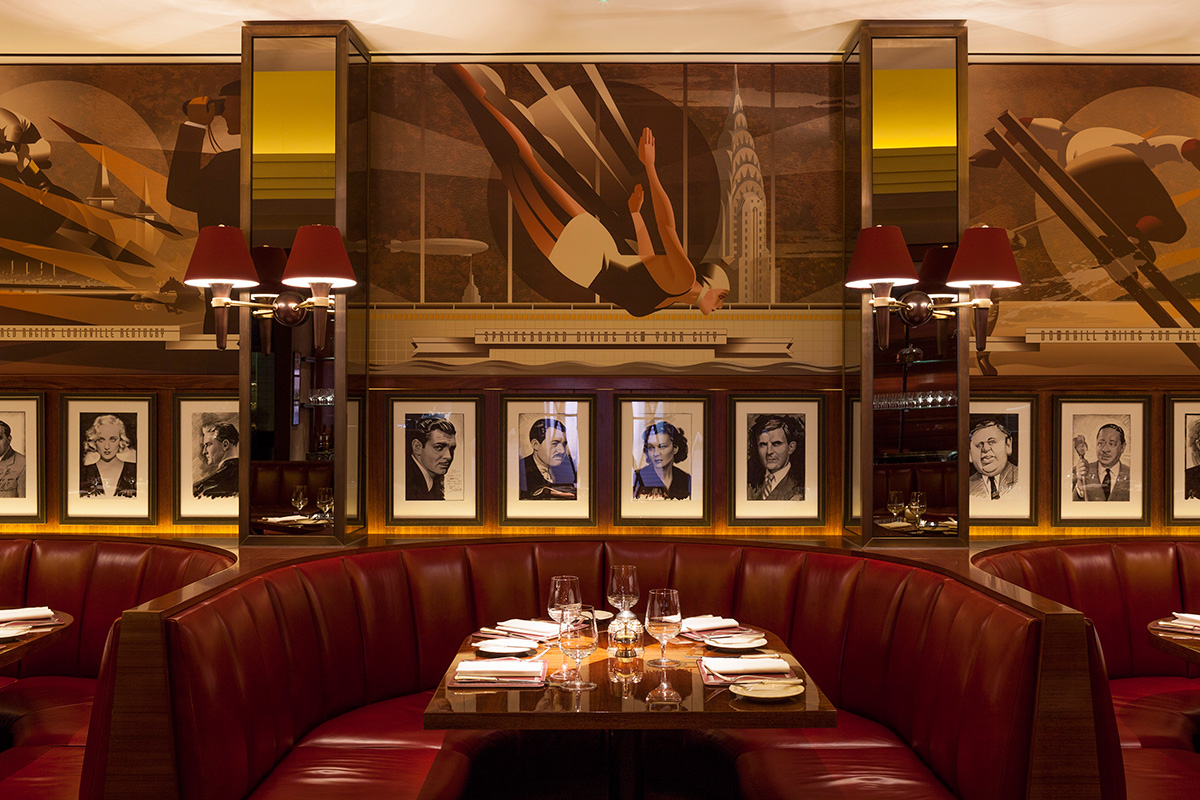 Ham Yard Hotel isn’t just the latest Firmdale hotel, it’s also the greatest. In the midst of Soho Ham Yard has an urban village feel. The hotel revolves around a tree-filled garden with a bronze sculpture centerpiece by Tony Cragg. Interiors are designed by Kit Kemp in her award-winning modern British style.
London EDITION  is an Ian Schrager hotel and is in a row of old Georgian townhouses on Berners Street in Fitzrovia. The hotel features three bars, the wide-open and welcoming Lobby Bar, with its extremely serious cocktail menu, the intimate, reservations-only Punch Room, and the food-focused Berners Tavern.

Best New Restaurants :
Park Chinois isn’t a Chinese restaurant, according to owner Alan Yau – it’s “more like an entertainment lifestyle project”. Park Chinois brings back the glamour of 1930s Shanghai, when dinner and dancing went hand in hand. Yau and French interior designer Jacques Garcia (Hôtel Costes) have recreated this world, or a fantasy version of it, so lavishly one could almost be on a film set.

Chiltern Firehouse is located in the heart of London’s Marylebone, was one of the first purpose-built fire stations in London, dating from 1889, restored by hotelier André Balazs.. Michelin-starred chef Nuno Mendes created a changing menu of re imagined classics and bold new flavors, with an emphasis on seasonality and healthy eating.
Sexy Fish is an Asian fish and seafood and the latest restaurant from Caprice Holdings (The Ivy, J Sheekey). Designed by Martin Brudnizki and decorated with artwork from Damien Hirst, Frank Gehry and Michael Roberts, the look and feel is mid-century glamour. The restaurant is open until 2am, with a DJ from Wednesday through Saturday.

Best New Stores :
Ten years after Dover Street Market created by Comme des Garçons moved to Haymarket to the original Burberry building from 1911, by architect Walter Cave. The five floors of the new Dover Street Market, a jaw-dropping place is more like wandering into a kaleidoscopic environmental adventure park than anything resembling a mere fashion shop. Rei Kawakubo had two words for how she wanted the discombobulatingly uplifting communal installation experience to feel: “Beautiful chaos!” 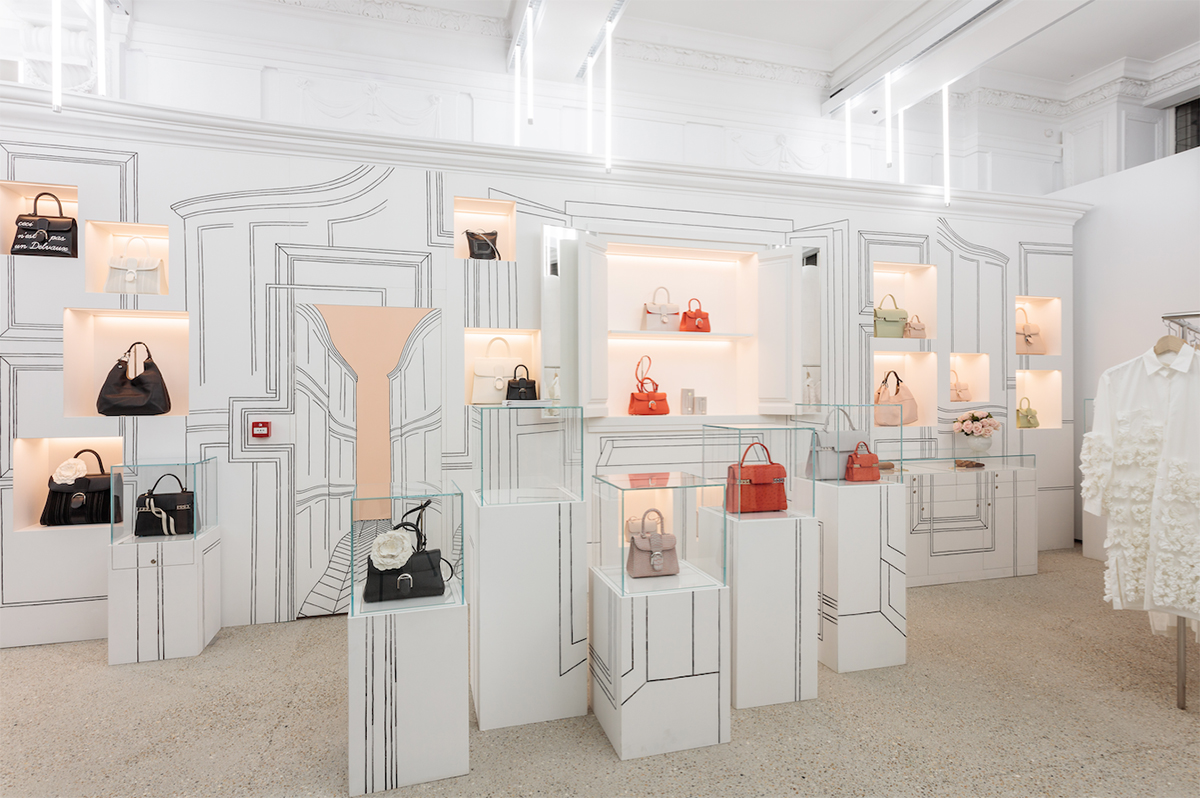 Maison Assouline, designed as a hushed temple of considered taste is in Piccadilly. Much more than a bookshop, it is an experience. You can order an espresso or glass of champagne from the Swan Bar, a specially appointed area that will serve foie gras and Spanish ham throughout the day. The building, originally designed by Sir Edwin Lutyens in 1922, has undergone an extensive refurbishment, with spaces devoted to quiet reflection and a warren of rooms upstairs packed with curiosities. The offering goes beyond books too; exclusive prints of the photography from a selection of the books are available to buy, alongside leather goods, candles and a bespoke library service which curates books for the reader. 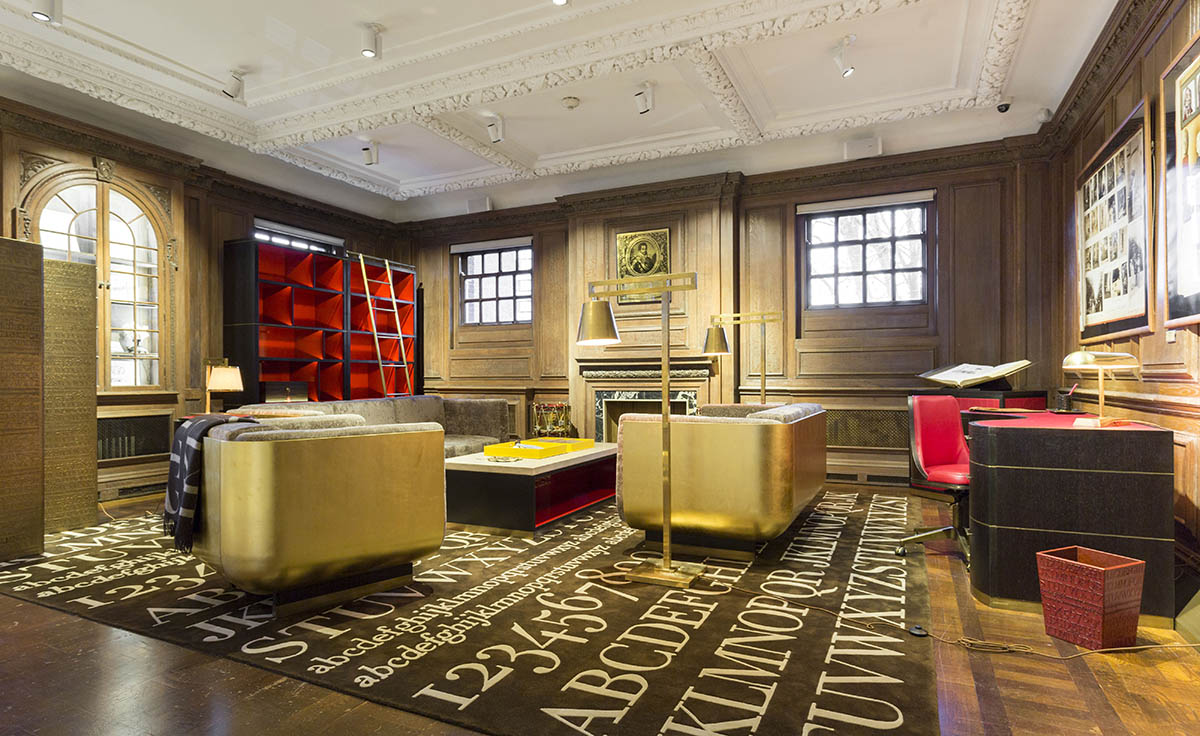 New in Art Scene
Although I found the new Tate Modern Building  designed by Herzog & de Meuron, not exciting at all, it deserves a visit . Called the Switch House, it features an exterior of brickwork and folded surfaces, while its interior includes an assortment of overground and underground galleries, as well as a new roof terrace offering panoramic views of the city. 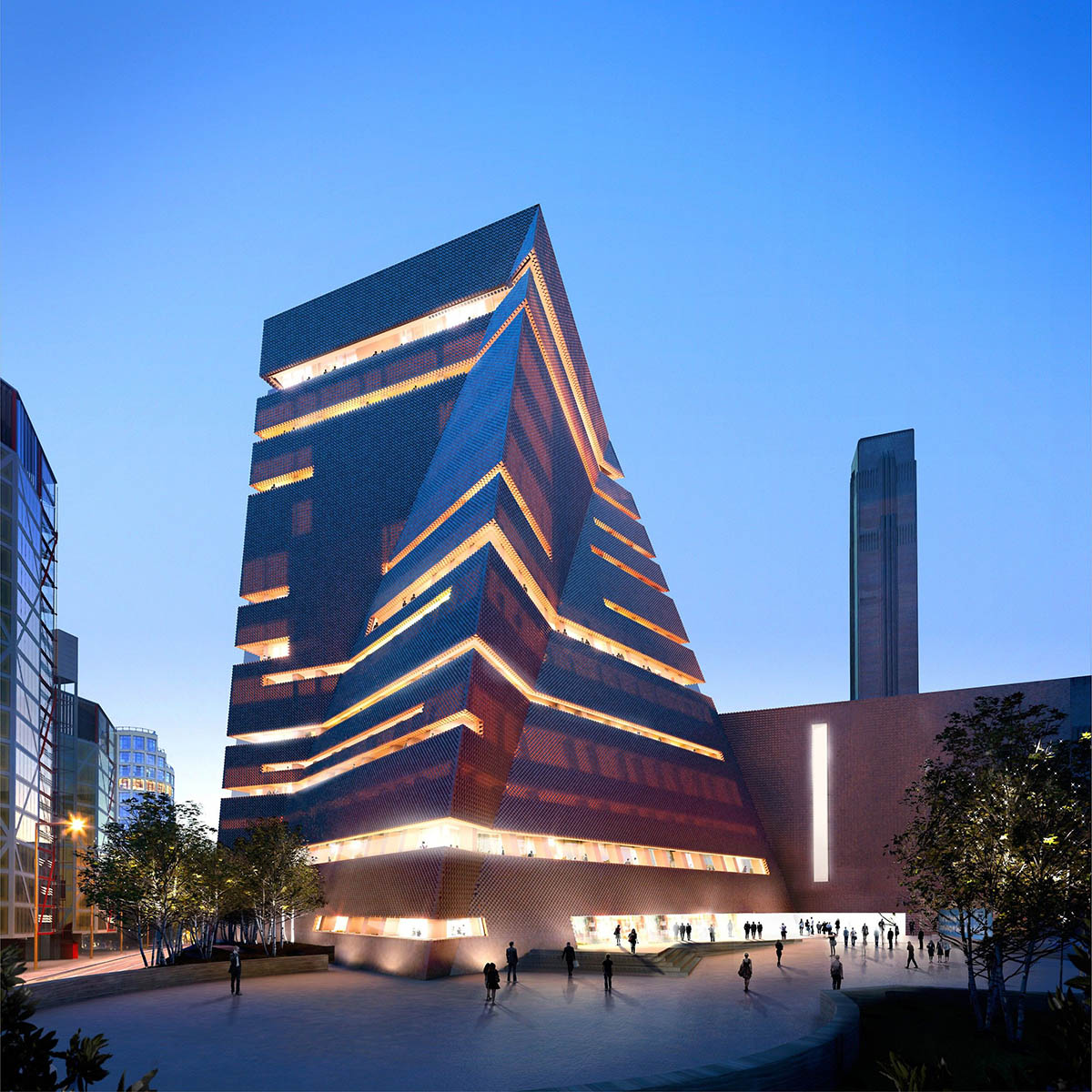